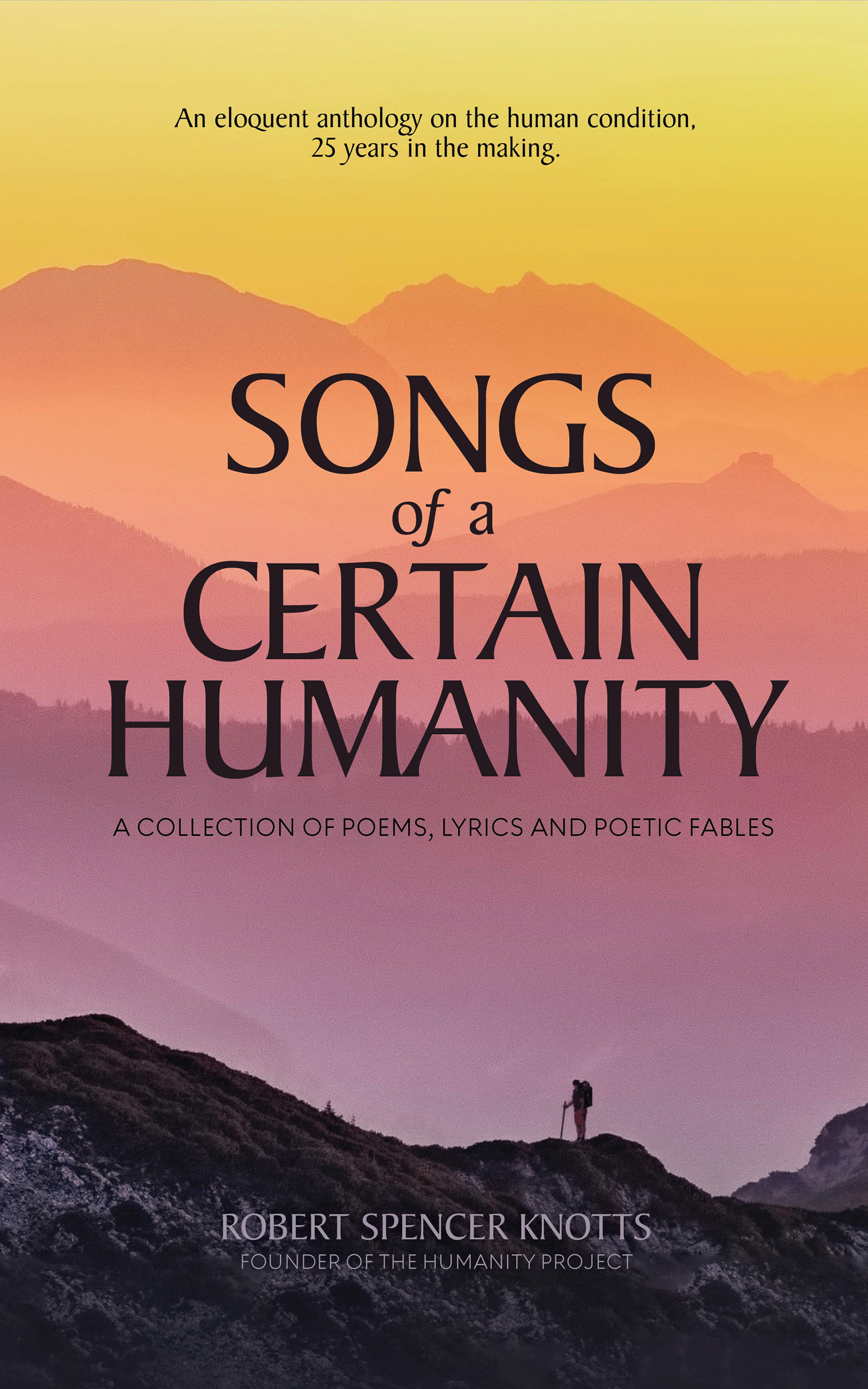 Songs of a Certain Humanity is a collection of 40 poems, 14 lyrics and 12 poetic fables written over the course of a quarter century. Here, Robert Spencer Knotts explores our deeper nature as human beings and reflects on the value of humanity itself. Founder of the Humanity Project, Knotts insists that we each possess a vast potential to improve ourselves and the human species. Readers will find this anthology inspiring and hopeful, offering an antidote to the dark pessimism that infects so much of our society. All royalties for the first full year will go to the Humanity Project, a 501(c)3 nonprofit founded in 2005.

You can see, and buy, "Songs of a Certain Humanity" on Amazon or any other bookseller you prefer. Look through the book on Amazon.

Look through the book on Barnes & Noble. 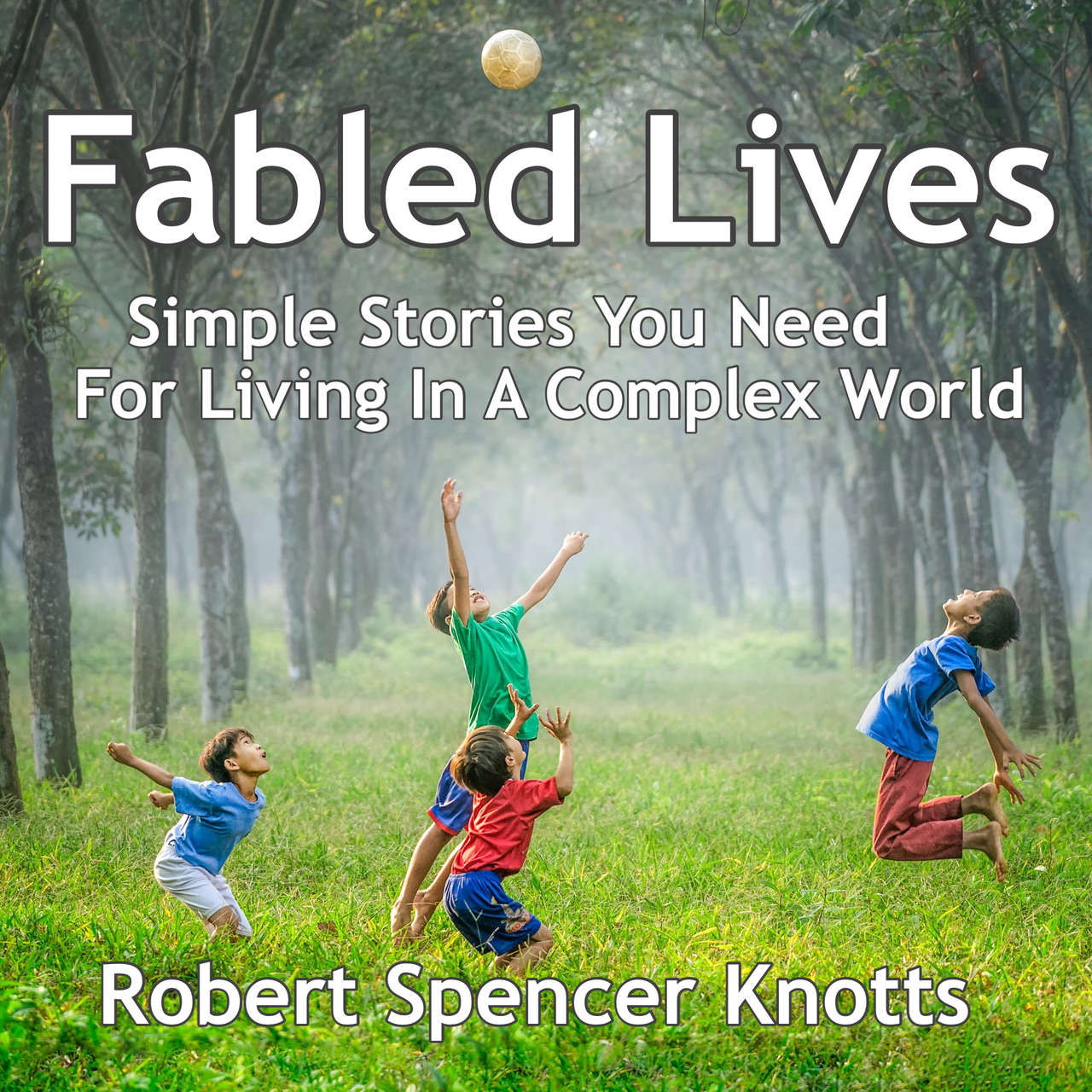 Buy his new audio-only book. It's available through nearly all audiobook sellers, including Apple, Google, Walmart and Barnes & Noble. (Amazon/Audible does not carry books sold only on audio.) All royalties for the first two years will go to the Humanity Project®, a 501(c)3 nonprofit organization founded in 2005 by Knotts: www.thehumanityproject.com
Listen to a sample fable called... (7.8 MB) 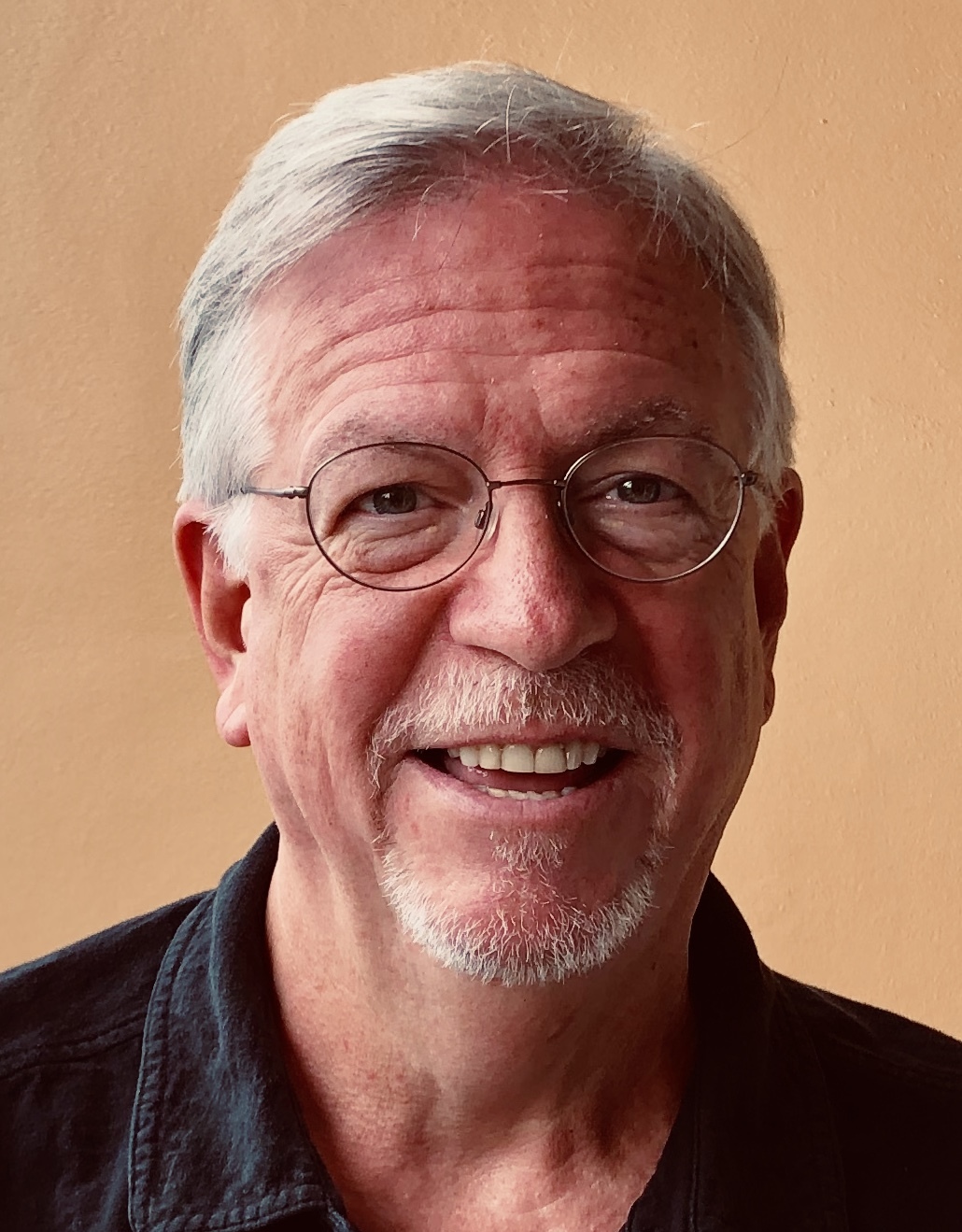 In 2019, Marquis honored him with its Lifetime Achievement Award, given to fewer than 5 percent of all those listed in their "Who's Who" volumes.

Knotts belongs to the Authors Guild, the Dramatists Guild of America and was peer-elected to the distinguished writers' organization, PEN -- an acronym for "Poets, Playwrights, Editors, Essayists, Novelists." His writing and music have been showcased through the Southern Arts Federation following his selection by the state of Florida's Division of Cultural Affairs.

Knotts' play on teen suicide is available at no cost to schools and nonprofit groups interested in productions. Psychologists and therapists believe the drama saved lives in South Florida by providing a vehicle for open discussion with young individuals at risk of suicide.

"Powerful...gripping...hard-hitting! ... How deeply Knotts taps the adolescent psyche comes through in the climax." -- The Miami Herald

"Breaks entirely fresh theatrical ground! ... An engaging and powerful drama that confronts a pressing social issue in unblinking fashion. To our mind at the Coconut Grove Playhouse, this seems a combination that makes for both entertaining and important theatre." -- Arnold Mittelman, Producing Artistic Director, Coconut Grove Playhouse

"It is a very strong piece of work, forceful and brave about the emotional reality of teenagers and the allure of suicide and yet never preachy or false." -- Elissa Adams, Director of New Play Development, The Children's Theatre Company of Minneapolis

"I highly recommend Robert Spencer Knotts' powerful play about teen suicide! ... I know his imaginative theater work from having seen a production of 'Never Nothin' Again No More' and have also now become familiar with some of his other work. His is truly an original voice in the American theater!" -- Robert Kalfin, Broadway and Off-Broadway director, founder and artistic director of the N.Y. Chelsea Theater Center

ALL WRITTEN, MUSICAL OR OTHER WORKS ON THIS WEBSITE ARE COPYRIGHTED BY ROBERT SPENCER KNOTTS OR ONE OF HIS PUBLISHERS AND MAY NOT BE USED WITHOUT HIS EXPRESS WRITTEN PERMISSION 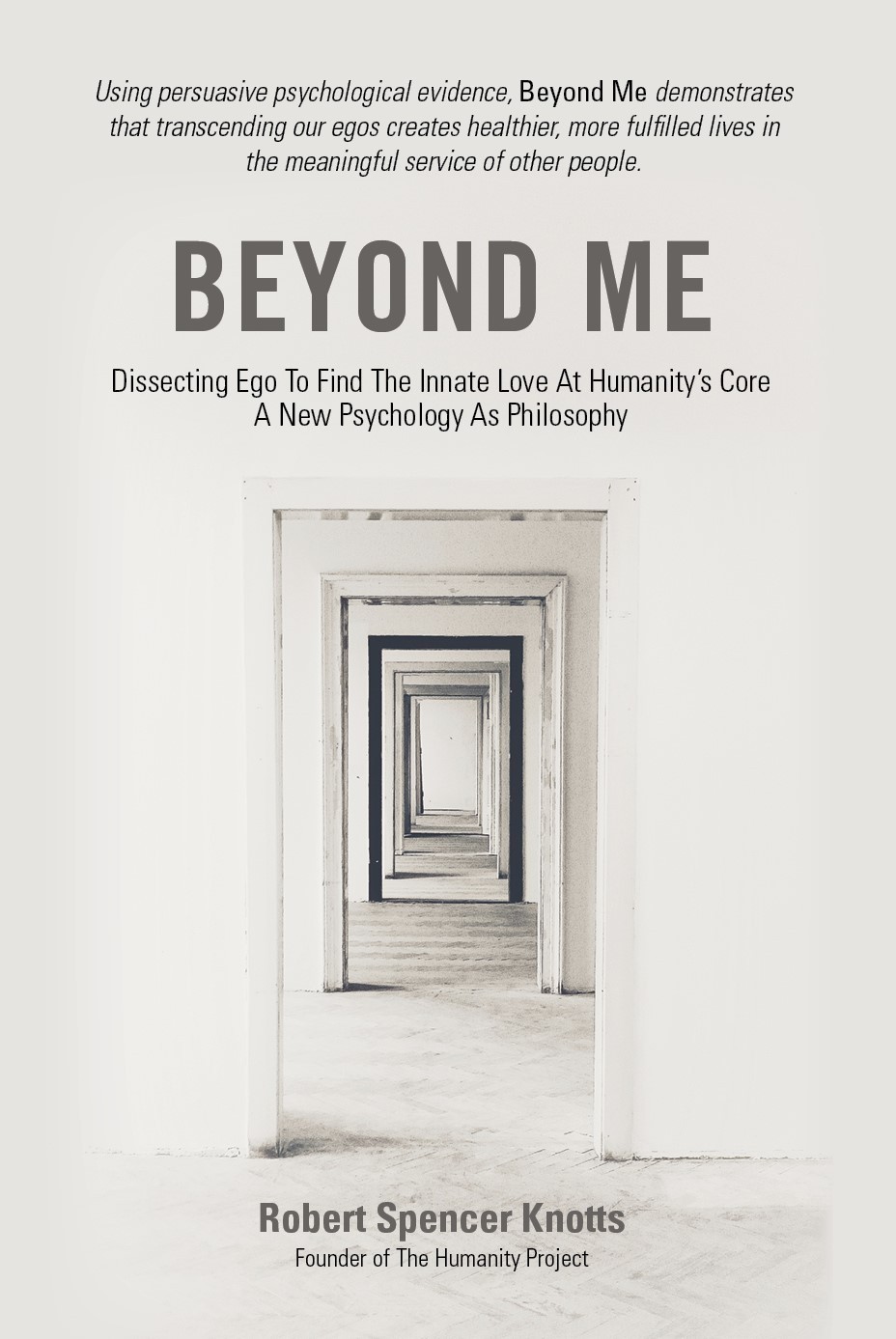 Read A Sample: Beyond Me

Check out his latest nonfiction book, published in 2019: "Beyond Me: Dissecting Ego To Find The Innate Love At Humanity's Core (A New Psychology As Philosophy)."

Visit the Amazon page for "Beyond Me."

Buy "Beyond Me" at Barnes and Noble.
Visit the Amazon Author Page of Robert Spencer Knotts

September 11, 2001 -- A Poem
Included in the Artists Registry at the National September 11 Memorial & Museum in New York City and the 9/11 Sculpture Project in Greensboro, North Carolina.

Hard News -- A Novel: Chapters One and Two
Fast-paced thriller set in the world of investigative journalism, politics and deadly medical con games.

His books, mostly under the name Bob Knotts, are available at major online booksellers such as barnesandnoble.com, amazon.com and others, as well as at bookstores and libraries around the nation. Or -- just click below to buy some of the titles.

Purchase Knotts' novel, "Hard News," and some of his juvenile books by using the links provided here. One easy way to buy other books is simply to type "Bob Knotts" in the "Author" category at one of the major online booksellers. 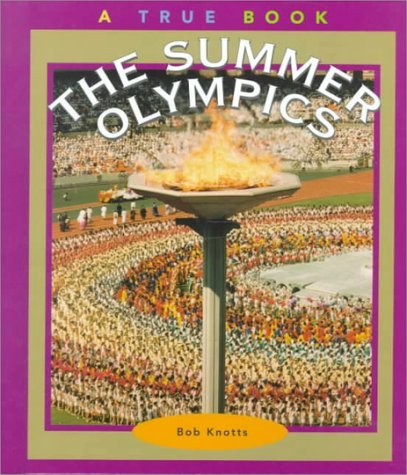 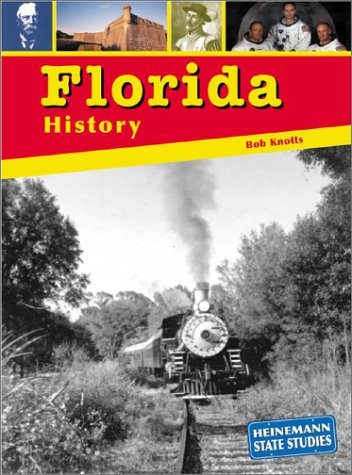